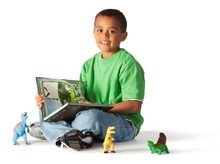 After a more than 40 year absence my father and I made a visit to the Sumter Y this past Thursday ( April 10th). Please allow me to explain. My father was stationed at Shaw AFB from January 1969- December 1972. We started going to the Y in April of 1969 and my life was transformed. I played basketball at every opportunity, made friends, gained confidence and developed pride. By my sophomore year I was a starting guard for the Hillcrest High School varsity. This would have not been possible without the Sumter Y. I remember spending many an evening there.I also remember having to get there early on Saturdays, as the Y closed at noon and was not open at all on Sunday.Last week my son graduated from basic training at Fort Jackson. Of course as his father I wanted to be there for the ceremonies as did my dad. When we discussed the trip we decided that we would definitely visit the Y. Of course we knew there would be changes. What we weren’t prepared for was the absolutely wonderful hospitality and patience that was afforded to us by the YMCA staff and patrons. Without fail everyone we met was kind, gracious and courteous.

From the time we entered the front entrance ( the back entrance was the only entrance in 1972) to an hour later when we left we had a wonderful time. We met the aquatics director, a young man ( Issac from Manning, I believe) from the fitness department, the workers at the front and back entrance and an amazing 92 year old patron named Philip Booth.All were very nice and didn’t roll their eyes once while we regaled them with stories of the past. In fact Mr. Booth gave us a guided tour and answered all of our questions.
Thanks again to your staff for helping two ‘old men’ to relive some very happy memories.
Joe Barker 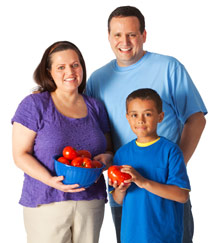 Meet Bishop O.W. PrincePrior to attending YFIT Camp, Othealor weighed 400 pounds and suffered from atrial fibrillation, double pulmonary embolism, edema, COPD, sleep apnea and high blood pressure. He was hospitalized in critical care for 15 days in December of 2012. “It took me three months before I could put my shoes on and another 10 months before I could exercise to any appreciable degree. “ Finally with my cardiologist and pulmonologist’s approval, I decided to do something to help myself. I enrolled in YFIT Camp in January 2014. YFIT was the medicine that I need. After two six-week sessions, and much needed dietary re-education. I lost nearly 30 pounds and decreased my waist by 6 inches. I have more energy and stamina that I did just six months prior. My self-esteem has improved and my medication has been reduced.” 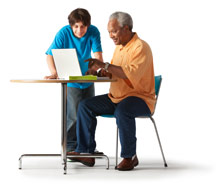 YMCA members and staff volunteered at Sumter Feeds My Starving Children Mobile Pack Event held at the Sumter Civic Center. The staff was challenged to participate as a team to hand pack meals specifically formulated for malnourished children throughout the world.  Specially formulated vitamins, veggies, soy and rice were packed and sealed in bags that are destined for Haiti and will be distributed to Love A Child organization.  In just two hours, our shift packed 31,536 meals which will feed 86 children, one meal a day for an entire year. Collectively, the community event packed 108,864 meals and raised $24,000 to cover the $.22 per meal costs.“It’s amazing to see the Sumter community come together to fill the need of hungry children around the world. We prevented 86 children from having hunger pains with much needed love in each meal. Thank you for giving us an opportunity to make a difference,” said Denise Lewis, YMCA office manager.FMSC is a non-profit, Christian organization committed to feeding God’s children hungry in body and spirit. The organization relies on 80,000 volunteers annually to help pack the life-saving meals. All meals are distributed to mission partners in various countries who are already helping change the lives of God’s hungriest children.